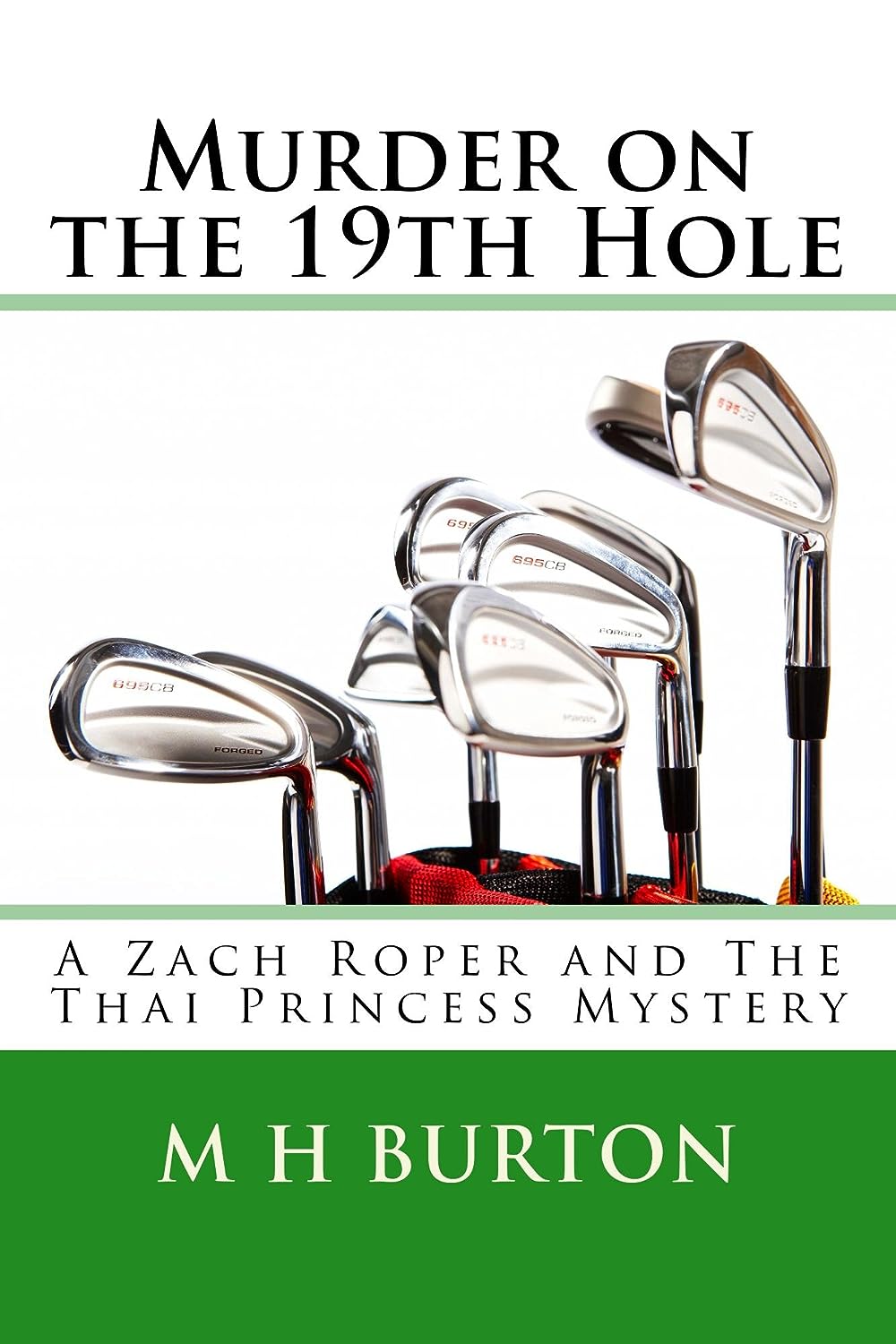 Murder on the 19th Hole: A Zach Roper and The Thai Princess Mystery

Vincent Andrea L. Hale - Adrift on St. Pender series set on the fictional island of Saint Luke which is a based on various islands in the U. Fitzpatrick - Caribbean Addiction set on Tortola J. Edited: Aug 25, pm.

Fielder - The Adventures of J. Jones: Smear Vol. Leger - Hallowe'en Ahoy! Kaye - Death in Kenya Death in. Some Day in the Summer Time Kaye - Death in Zanzibar Death in. First there's hot action on the golf course as Zach Roper and the Thai Princess tangle in a "Battle of the Sexes" tournament. Then there's more action as they tangle in bed, but their steamy romance is interrupted by a dead body, the body of the biggest star to make an appearance in the tournament. Is it murder, suicide or just too much booze? We talk quite a bit about the early game, the way it solves age-old RPG problems with random encounters, and of course, our current mix of Pokemon before turning to feedback.

Brett of course worked on Skyrim, Fallout 3, and Fallout 4. We situate the game in time and spend a fair amount of time discussing the Game Boy itself as a handheld system, before turning to the game itself. We close out the game by picking a couple favorite moments, talk about some of the difficulty at the end, and of course, do our takeaways before turning to feedback, of which there was much.

We regret the error. We talk a bit about mission structure, failure states, learning through failure, and a host of other things. We actually spend a little time talking about the counter-argument, that this game extends a middle finger to the moral scolds who wanted to cage video games, and then talk about specifics about its streaming, and talk about the dissonance between its systems and mission design, before turning to feedback. As always, we spend the first episode situating the title in its release time frame and talk a bit about the history of the studio and creators associated with it before turning to the game proper.

After concluding our Thief series, we talk to a pair of the developers. DGC Ep Thief part four. We talk a bit about equipment and gadgets, the story and enemy shifts that happen late in the game, the commitment maybe to story over what was working, and as always, our takeaways from the game. Sections played: Through the end! Next time: Next time we expect an interview! Keep your eyes peeled. DGC Ep Thief part three. We talk about map trade-offs, enemy diversity and choices, the levels we played, music and objectives, and other topics.

We talk about how the writing gets done -- spoilers, there's a lot more planning than writing -- as well as all sorts of topics that grow from that.

DGC Ep Thief part two. Welcome to Dev Game Club, where we are in the midst of our series about 's Thief; we talk about the story development of the world, some small mechanical bits, and then dig into the level design of the four levels we played. DGC Ep Thief part one.


Welcome to Dev Game Club, where we now begin our series about 's Thief; as usual, we start by setting the game in its time before diving into a few of its systems and technology requirements. Hello, and welcome to a special bonus episode of Dev Game Club, where we talk about the most recent Tomb Raider release, Shadow of the Tomb Raider, talking a little bit about where the reboots came from and the thinking that went into them as well as some of the structural differences between the two.

Possibly an interview? Keep posted at devgameclub. We once again discuss the levels themselves, but also discuss traps, puzzles, and the use of voice to characterize action adventure avatars in more recent games, before turning to takeaways and your questions and feedback. However, Brett does take a moment to answer a reader email before the show and to talk about next week afterwards. We spend more time on the levels themselves as well as diving into the AI for human enemies, the sense of space and of pace, and having no idea what to do to find a key.

Links: TR in the browser: Next time: Finishing the game! Always, always, in theory Program note!